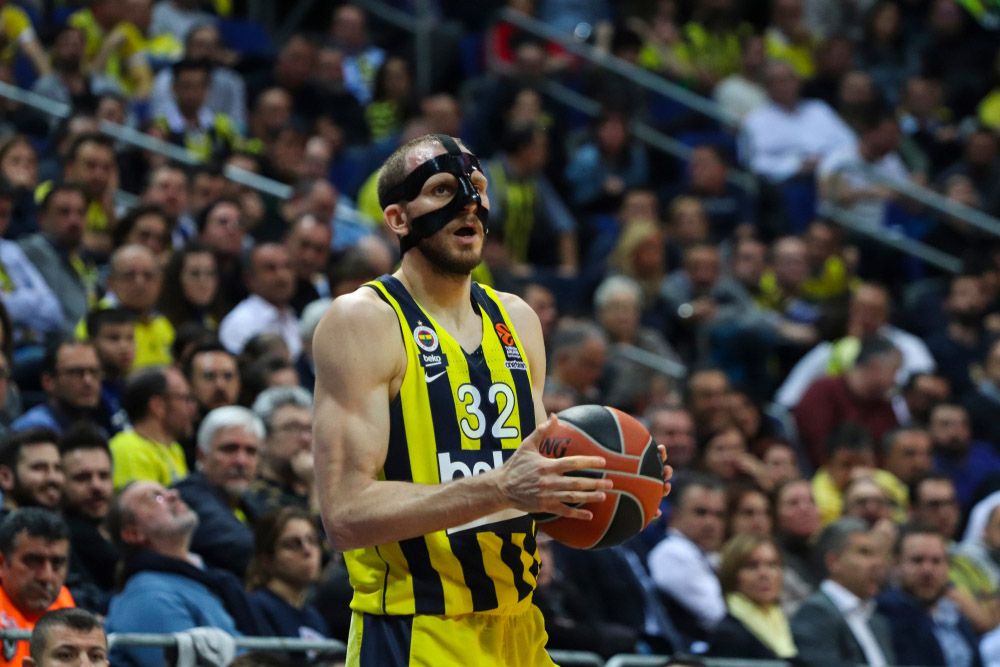 Why do basketball players wear masks know the behind history

Why do basketball players wear masks

The answer is simple, to protect any types of injury-related from face injury. Such as, the broken nose, eye, mouth, and other facial accident. So, that why basketball players wear masks.

We know basketball game is such a competitive and aggressive sport. Also, the basketball court is not big like other game. Those ways, much little accident often happens. Although, there are many restriction rolls in his game. But unfortunately, it happened almost all the time. That is the main reason basketball marks advent.

The maximum physical game is so aggressive. We know that we could be harmed from here at any time. Thinking about this, we often make many discoveries to secure ourselves.

But the history of the evolution of the basketball mask is more unique. In 1990, Bill Laimbeer got a serious hit from the opponent player. Due to he had to go to injury for a month.

At that time, he was an important player for his team. He was an outstanding center player. At that time, the Bill Laimbeer team could not replace someone with him.

But the team badly needed him at that position and had to pay for this. That time an Orthotics in Detroit had found a solution for Laimbeer. He created a mask to protect the player’s face from accidents. Especially for Bill Laimbeer’s face Due to, he was a consecutive victim in this case.

After that, most of the NBA players start to use this discovery. It is leading causes are almost everyone suffering from this situation. From then, it began to circulate.

Which player use this and why?

As I mentioned, after the revolution of this solution, many NBA players started using this product. But an important note is, you might’ve noticed some players still don’t wear this. Here I have covered a shortlist of which NBA player wore it and why.

In 2003-2004, Hamilton broke his nose several times in NBA. Since then, he has started to worn masks. Richard Hamilton is a professional American basketball player. He played 14 seasons in NBA.

We already know about Laimbeer.

In 1993, John started to worn basketball masks. After getting a hit from his opponent.

In 2012 Chris Paul surfing the same problems, that way he wants to protect his face.

In 2015, Westbrook was unfortunately injured by Andre Robinson. That the time he starts worn basketball masks to protect his face. Russell Westbrook is one of the greatest players ever in the NBA.

If you are interested to know more about the victim NBA guru, then please visit this article.

This video is another excellent source to know more

Importance for a basketballs player

Basketball is such an exciting game. Also, it is a very tactical and strategic game. We all want to win the game; that way, we never thought only jump randomly. As a result, we get harm. But it gives us an enjoyable moment.
That way considering our safety basketball masks is very important for us.

We find variety of answer against this question. Some people take it in serious mode special the professional and basketball love.

On the other hand, general people see it as a comedy. They can’t understand the real problem.

According to an NBA research in 2014-2015 season, 19.5% basketball player was suffering this problem.

Around 9.7% basketball players face this problem. This injury is very painful for every basketball lover. It happened when a player dunk and try to vertical jump.

This is another top injury during the basketball game. Around 13.9% of players suffering from this problem. Most of the time it happened when a player can’t control himself.

This list has naturally occurred injury in this sport. You can only prevent these problems by wearing the required tools or by obeying your experts or coach.

Some others gear to secure in the basketball game

So we already know, Why basketball players need to wear masks, and we see why most NBA players wore. But some players do not wear masks because they don’t need this. Especially the center and point