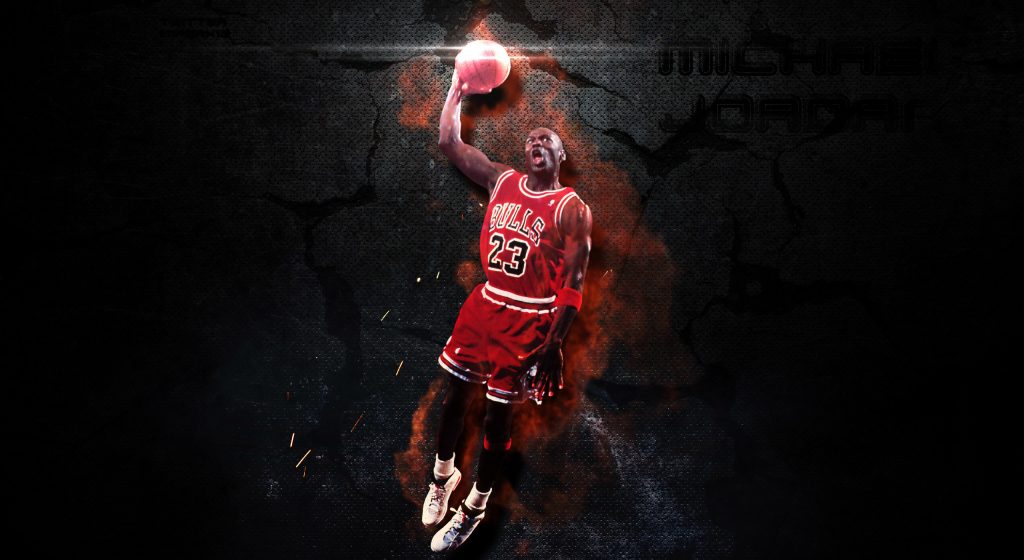 Sometimes it seems like NBA fans like ranking players and arguing over those rankings more than the game itself. Whether it’s by position, era, specific skills, or all-time greatness, it’s simply impossible to create a ranking that will please everyone. With that being said, let’s make a list of the greatest players of all time.

Don’t view this list as a definitive set of rankings. Greatness is much more than a stacked trophy case. Truly great players push the game of basketball into uncharted territory. So instead of arguing whether MVPs are more important than championships or DPOY trophies, let’s focus on the players who carried the torch and shaped the game of basketball into what it is today.

I know, it’s not exactly common practice to pair players up in a list like this. But when it comes to Magic and Larry Legend, you just can’t talk about one without the other. What warrants their inclusion, you might ask? Simple, Magic and Bird saved the NBA.

The 1970s were the NBA’s low point. Issues like rampant cocaine use among players and racial tensions in the US sunk the NBA so low that games were shown on tape delay late at night and college basketball was the first choice of many basketball fans. The 1979 NCAA finals between Magic’s Michigan State and Bird’s Indiana State was the most viewed basketball game of the decade.

The faces of that game both took their rivalry into the big leagues that same year when they joined in on the greatest existing rivalry in the league, the Lakers VS the Celtics. The two were polar opposites. Magic’s unmatched charisma and big city flair versus Bird’s rural roots and aversion to the media spotlight.

This marked the start of a new era for the NBA. Magic and Bird made basketball exciting again. Whether it was Magic dazzling with his passing or Bird methodically destroying his competition, fans flocked in droves to see the new greatest show in sports. It came as no surprise when the rivals turned friends were chosen to co-captain the most influential team in basketball history – the original 1992 Dream Team.

Simply put, what Bird and Magic gave the NBA goes far beyond their combined 8 championships and 6 MVPs. They turned a failing league into one with a certain future.

No matter where your NBA loyalties lie, you can’t have a discussion on the greatest players of all time without MJ. You probably already know all about his two three-peats, unmatched competitive drive, and legendary on-court feats.

What you might not know is that MJ was the first player to receive the call for that 1992 Dream Team, the first Olympic team made up of NBA and not college players. Already establishing himself as the best player in an insanely competitive era, the heads of USA Basketball knew that if they could get MJ on board, the rest would be easy.

They made the call, and the rest is history. If Magic and Bird made the NBA cool in the US, the Jordan-led Dream Team inspired entire generations of basketball players around the world. Every kid that picked up a basketball during the 90s wanted to “be like Mike”, and he’s a large part of the reason why the international game has taken a giant leap forward.

A household name around the globe, the idol of a generation, and a fierce competitor – Michael Jordan wasn’t just a great basketball player, he was basketball.

Be honest here, have you ever yelled “Kobe” while throwing a piece of paper into a trash can? That silly phenomenon has found its way to all corners of the globe, and it perfectly shows the kind of legacy that the late great Kobe Bryant had left on the game.

When MJ retired for the third and final time, young Kobe seized the opportunity to become the face of basketball. He had that same competitive drive, relentless work ethic, and killer instinct, all packaged into his signature “Mamba mentality”.

Drafted first overall straight out of high school and seemingly destined for greatness, Kobe often made it seem like MJ never really left the league. Especially when you look at the only two franchises that have ever three peated since the 1976 merger, MJ’s Bulls (twice) and Kobe’s Lakers.

He not only took the torch from MJ, but he ran with it. From the first of his five championships, all the way to his 60-point farewell performance, Kobe put together a legacy that has shaped every player that came after him.

Yeah, it feels a bit weird writing this less than 24 hours after his Lakers have been eliminated even from the play-in tournament. Still, that doesn’t take away from the fact that he’s been dominating the NBA for 19 years already, and he shows no signs of stopping.

It’s surreal seeing a 37-year-old on track to post his career high in scoring (30.3 per game), especially while remaining elite in almost everything else (“Except defense!”, I hear someone shouting).

There’s a saying in NBA circles that Father Time is undefeated. He prevailed over Magic, Bird, MJ, and Kobe, but LeBron seems to be giving him a run for his money. 30.3 points, 8.2 rebounds, 6.2 assists, 52.4% shooting. Those aren’t career averages, that is just from this season!

Let that sink in for a moment. Love him or hate him, there’s no denying that fans have started taking LeBron’s greatness for granted. Most seasons, that statline would be enough for serious MVP consideration, yet it seems like just like LeBron doing the usual.

Even though he may not be the greatest, many agree that he is the most complete player basketball has ever seen. It looks like he has plenty left in the tank, so we’ll probably see him break Kareem’s all-time scoring record, and maybe even the 40,000 point barrier.