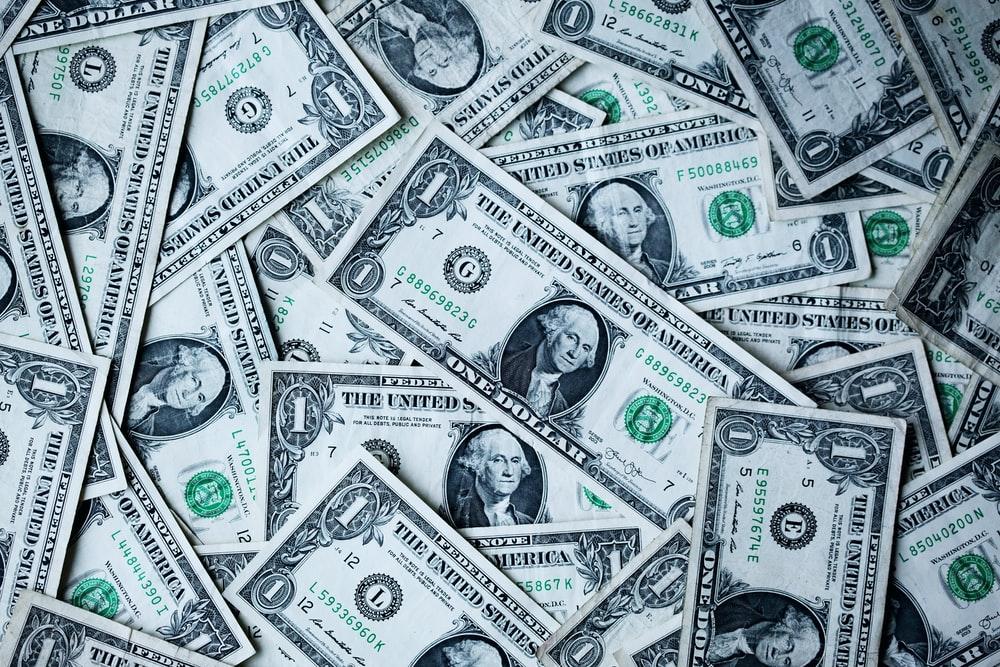 How much do NBA Players really make? – Salary review

Today we take a look back at the NBA history (National Basketball Association) and in this article will discuss the changing nature of the salaries in the game. NBA players are some of the highest-paid athletes in the world, and it’s no secret that the average salary has increased a LOT over the years. What might not be so commonly known is how exactly that growth has occurred during the years and if there are any interesting differences in compensation between different positions.

The salary analysis we will draw from for this article and the graphs shown were made by the team over at runrepeat.com, and they’ve done a great job of gathering all of the information and laying it out. If you want to check out their full findings, head on over to https://runrepeat.com/salary-analysis-in-the-nba-1991-2019.

The analysis contains just over three decades worth of data, starting from the beginning of Michael Jordan’s reign over the NBA in 1991 through to the current crop of stars including Lebron James, Russell Westbrook and Stephen Curry. Our aim is to build on the data provided by runrepeat.com and tell the story behind the numbers as best we can.

Before we get into that, let’s answer a pretty important question.

What dictates the average NBA salary

You may have heard the term CBA before. It stands for collective bargaining agreement, and it’s a contract between the players and the team owners that regulates a lot of things. One of those things is the revenue split.

In short, the League’s revenue is split between the team owners and the players. The players get their portion in the form of salaries. The dollar amount that belongs to the players forms the basis for the calculation of the salary cap – the maximum amount of money a team can spend on player salaries (save some special exceptions). Given the NBA’s growth in popularity over the past 30 years, it’s no surprise that the average salary of a professional basketball player has seen a near constant increase over that same period. The above graph shows almost exactly that, save for three notable exceptions.

The first of those is in 2010 and 2011, respectively, where the average NBA salary has been impacted by the projected drops in basketball-related income (BRI). This was the fallout of the 2008 recession that hit nearly every single business in the world pretty hard. This impacted not only the NBA’s sponsors, but also the buying power of the average fan.

What’s interesting is that the average salary movement over the entire period doesn’t follow the salary cap as you’d think. Per sportac.com, there were only two occasions where the cap actually decreased compared to the year before, in 2002 (5.24% drop) and 2009 (1.67% drop).

The 2010 and 2011 caps grew by 0.59% and 0.00% compared to the year before, respectively. The drop in average salary is probably due to teams being cautious about their spending.

The massive 12% drop in average salary in 2015 is pretty interesting, especially when you take into account that the salary cap has actually increased by 11% compared to the year before. What could have caused this?

Every couple of years, the NBA signs a new TV deal for broadcasting rights, and this is one of the League’s most important sources of revenue. The existing deal was set to expire after the 2015-16 season, and an extension was already signed in 2014.

This new deal was worth about three times as much as the old one. Combine that with a huge breakout in the Chinese market, and other overseas players, and the salary cap blasts off to the Moon. But if the cap was about to spike, why spend less on salaries the season before that happens?

One word – preparation. Everyone knew that the cap was going to explode, and everyone was making plans for maximizing this opportunity. Both the teams and the players. By spending as little as possible, most teams were setting themselves up for maximum flexibility once the cap increased.

It feels like the only requirements for getting a huge contract in the summer of 2016 were having a pulse and playing basketball. Below-average players were getting overpaid like it was going out of style. You can put together a very different looking hall of fame from just this summer alone.

At least people learned from those mistakes, and we’ll never see such chaos again. Oh, the NBA is supposed to sign a new TV deal that should start in 2025 and is projected at around $8 billion per year? Forget I said anything, and make sure you have your popcorn ready.

As the focus of the game has shifted throughout the years, the importance of various positions has fluctuated with it. Various changes in average salary by position follow those shifts almost perfectly. For a VERY long time, the prevailing belief in the NBA was that a team constructed around a point guard couldn’t win a championship. The role of the point guard was to get the ball into the hands of their teammates and set the table for them.

This was especially true during the 90s, where the game was centered around big men who were usually the focal points of the offense.

This lack of “championship potential”, among other things, caused point guards to have the lowest average salary of any position in the NBA until 2014. Things started to change once the game started shifting more towards the perimeter.

A modern point guard is usually the heart of a team’s offense. The old belief of point guards not being championship players was destroyed to the point where a team without a top-tier point guard and a capable backup can hardly hope to compete for a title.

Even on non-contenders, point guards are some of the most important players, either as stars or key role players. As such, it’s no wonder that this is currently the highest-paid position in the NBA on average. In fact, point guard is the only position where the average salary has increased every year since 2015. Every other position has seen at least one drop in average salary.

Keep in mind that there have been extraordinary players at every position at every single point in time during this period, so there are obviously exceptions for almost everything discussed in this segment.

Shooting guards and small forwards have almost filled very similar roles on their teams and many players who play one of those positions could easily play the other one (and many already do sometimes). So it makes a lot of sense to look at them together.

Three or even four out of arguably the five best players to ever play the game were either shooting guards or small forwards. It feels natural that these positions would be among the highest average earners in the NBA.

However, that has rarely been the case in the past 30 years. The average small forward salary has been in a pretty good place recently, but shooting guard has actually been the position with the lowest average salary every season since 2014.

When the NBA started becoming a perimeter-oriented league, everything moved in that direction, including the expected skill set of all the other positions. For the most part, that has left wing players without a unique identity or contribution that can’t be mirrored by any other position.

I say for the most part because of the rise of the three and D role player. Every team wants these guys on their roster, especially if they’re contending for the title. They don’t earn star money, but they don’t come cheap either.

Finally, we have the bigs, the power forwards and the centers. There’s an old saying in basketball – you can’t teach height. Big men used to be a focal point of offenses in the 90s, and it was thought for a long time that you need a dominant big man if you want to compete for championships.

Center and power forward have been the two highest-paid positions on average for the better part of the past 30 years. That’s perfectly understandable before the start of the three-point revolution, but their average salary has stayed at or near the top even after it.

Big men aren’t exactly the first thing that comes to mind when someone mentions great shooters, so how can this be explained? Supply and demand. You can’t teach height, so it’s a lot more difficult to find a 7 footer than a wing, and every team needs rim protectors, rebounding, and screeners, especially if they’re contending.

At the start of the three-point revolution, power forwards successfully reinvented themselves as stretch fours, and those guys were a must-have for any serious playoff team. On the other hand, most centers initially resisted the changing landscape of the NBA.

Still, with a relatively short supply of bigs compared to wings or point guards, teams were forced to pay a premium for them. Once power forwards and centers fully embraced the new trends of the game, they gained a combination of skills and physical tools that no other positions could replicate.

The salary cap for the 2021/22 season is $112,414,000, the average salary is $5,358,952 and the Median Salary is $1,835,370.5. The highest-paid player for the 2021 – 2022 season is Steph Curry on $45,780,966. According to the fantastic website that is Basketball Reference https://www.basketball-reference.com/contracts/players.html 126 of the 617 register players under contract will be paid over $10m for this season and the top 6 players will be paid over $40m each this season. To put this into context over 60% of registered players will take home less than $5m dollars this season. Let’s be clear, these guys are paid a lot of money for play this amazing sport they love, this simply showcases the gulf in distribution of money in the game and how the top few really do sit above the rest.

All in all, everything points to the continued growth of NBA player salaries in the United States. When it comes to positional averages, we probably won’t see any major shifts in the existing trends in the near future because the trends of the game seem pretty locked in right now.

Since max contracts are a major needle mover for these average numbers, the emergence of new superstars at certain positions looks like the only thing that can have a major and immediate impact on the positional averages. Although, 2025 isn’t really far away, and that new TV deal can flip everything on its head, so we’ll just have to wait and see. One important area we should follow up in a future article is the Women’s National Basketball Association and the trend in salaries of the WNBA players. It is a positive sign to see growth in the game, but much more still needs to be done to close the gap here for female basketball players as their male counterparts still take home much more money for playing the same game.