A great head coach knows how to use all the players in their team, even the ones that don’t play. They know how to maximize offensive play, especially at the end of the game as an example. I enjoy breaking down sequences wherein everyone played their part in getting a basket. With several players available in one squad, coaches can draw up limitless plays and use them as needed. But before moving any further, it’s best to know the maximum number of players allowed in team rosters for each level of organized basketball. Rosters are often built to cover five basic positions based on the player’s skill set. 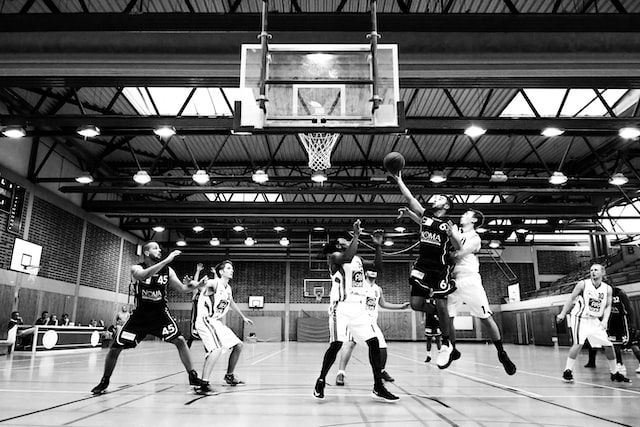 How many players are on a basketball team?

The number of players on a basketball team varies with different leagues. In a professional basketball league like the National Basketball Association, teams can have 15 players on their active roster any night. However, those who will suit up during an NBA game may vary because some reserve players are on two-way contracts. Under the collective bargaining agreement, those with this contract can switch between the NBA team and their G League affiliate, depending on the team’s discretion.

On the other hand, WNBA teams can have up to 12 players on each roster. Meanwhile, the National Collegiate Athletic Association allows the same number of players for game time. Unlike in the NBA, a college basketball team stays the same throughout one season because younger players must satisfy eligibility rules, especially in grades. While balancing training and school work is tough for a student-athlete, that’s the only way to maintain their spot on the squad.

Moving along, games played under international basketball federation rules allow 12 players per team. They may bring one or two additional players for the tournament, but only 12 can register for some playing time. Going further, high school basketball teams may have up to 20 players in their squad. While some high school leagues do not use a shot clock and play eight-minute quarters, their conditioning isn’t at par with college or professional players. Hence, the absence of a training camp calls for more players on their rosters.

Aside from five-on-five basketball, there’s also three-on-three basketball played on a regulation half-court, and teams can register up to four players.

How many players are on the basketball court at any one time?

As the name suggests, three players per team are allowed at any given time for a three-on-three match. These games are played for ten minutes or until a team reaches 21 points, whichever comes first.

On the other hand, five players per team are allowed at any given time during full-court basketball games. This number is a far cry from what James Naismith specified when he created the game on December 1891. Back then, nine players per squad were participating at once. The original rules were modified, reducing the number to five.

College and FIBA teams play ten-minute quarters, while NBA players compete in 12-minute quarters. Primary mentors and their assistant coaches have the discretion on which players to put in. Top scorers, as well as the team’s most versatile player, get much playing time. However, they can also conduct tactical changes to create mismatches.

While there are unlimited substitutions in basketball, coaches often use the five positions as a guide for their rotation.

The 5 positions in a basketball team?

In recent times, the five basketball positions have been blurred because of player advancements. Therefore, the point guard may not necessarily be the smallest player on the court anymore. Centers also attempt more three-pointers than before to stretch the floor. But with basketball still being a team sport, each position still has its core functions.

Point guards are still the primary ball handlers and are tasked to facilitate the team’s plays. In that regard, they are often known as the coach inside the floor. While there are shoot-first point guards in the NBA, most still fall under the facilitator type. They put scoring into their hands when their play breaks down, and they often have high percentages when it comes to free throws.

In contrast, the small forward, power forward, and center comprise the frontcourt. Small forwards could be some of the most versatile players on a squad. They can be some of the team’s best shooters and help defend the interior. He may also be one of the team’s best shooters, given the rise of “3 and D” forwards that regularly protect well and convert three-pointers.

Next up are power forwards, and they can either be beasts on the shaded area or “stretch 4s” with decent outside shooting. Despite the variation, they are one of the team’s leaders in rebounds and possibly shot blocks. Finally, the center is usually the tallest player on the court and the last line of defense when opposing players attack the lane. Traditionally, they are the towering giants on NBA rosters. However, recent teams like the Golden State Warriors have Draymond Green, who looks more like a prototypical power forward at the center.

What is an active roster in basketball?

The active roster includes players that coaches can put inside the court. While NBA rosters can carry up to 15 athletes, some might be inactive players due to injury. Teams often sign free agents or elevate someone from their minor league affiliate if the team doctor declares a long-term injury.

What is a hardship exemption?

This is a rule in the NBA that states if a team has 4 or more injuries in the team, they can apply for a hardship exemption to increase the size of their roster to 16 players. It is worth noting this is an extremely rare clause to use.

What is a healthy scratch in basketball?

Even if players are available to compete, their on-court appearance is still the coach’s discretion. Therefore, they could be a healthy scratch if not used in the game. A “DNP” or Did Not Play often appear beside their name in box scores. Given the length of an NBA regular season, teams can rest some of their top players to keep them fresh against more formidable opponents. This approach is often called “load management” nowadays. 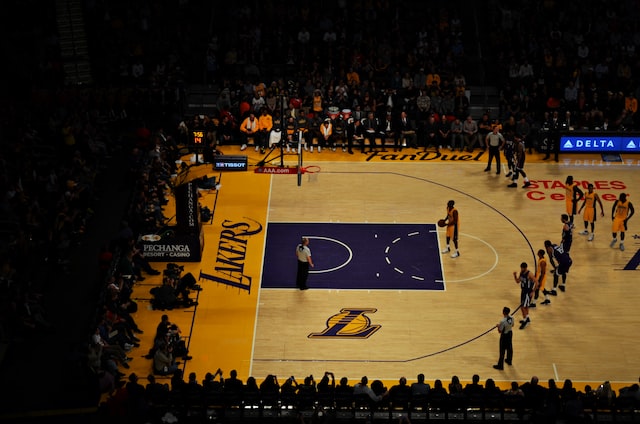 While the team’s starters get the billboards and the headlines, a team needs players that complement their game. At some point, a player’s energy wanes, even if he is the team’s top scorer. Therefore, bench players make the most of their time by being productive in any way they can. Whether they string together several points or lock down the other team’s superstar, teams have been winning odds if their reserves also contribute largely.

Likewise, bench players can give their squad some advantages to exploit. Forwards and centers might have more minutes if the team goes for a bigger lineup. On the other hand, guards take center stage if the coach wants to speed up their game. Bench players also enjoy extended minutes if their usual starters are unavailable due to injury or sickness. Who knows, they might play enough to overtake the other player in the rotation.

Are teams allowed to make substitutions in basketball?

Yes, teams can make substitutions in basketball. Changes in personnel during a basketball game are unlimited, but they can only be done during dead-ball situations. Those are the moments when the ball sailed out of bounds or after a free throw. Immediate substitutions are also allowed for injured players. Regardless of the reason for the substitution, the incoming player must report to the official’s table before coming in.

There are also situational substitutions wherein players check in for a specific purpose. Better shooters are sent in if the team needs a field goal to tie the game or take the lead. In contrast, players with wider wing spans will report if they need a defensive stop. Based on that instance, the player’s skill level increases his playing chances. 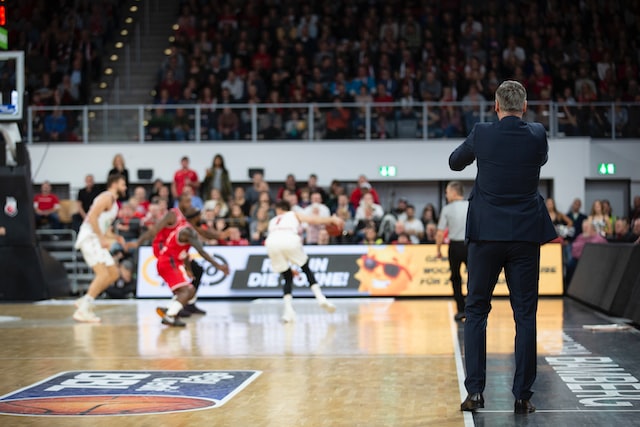 While the head coach has the final say on in-game decisions, he can consult with his assistants to develop better strategies. Typically, coaches were former players, making their understanding of the game better. However, they may also have various specialties. No wonder one assistant often helps draw up plays on offense while another mentor ensures the team’s success on defense. Another assistant may be put in charge of tracking timeouts and fouls. There might also be a video assistant that records the opponent’s plays for scouting purposes. Teams also have nutritionists and a team doctor these days. A team does not perform well without a cohesive coaching unit.

Want to find out how much players in the NBA really earn? Click on the link to find out more
https://basketballslab.com/players-salaries-in-the-nba/

PrevPreviousHow much money do NBA Basketball Players really make? – Salaries review 2022
NextHow much does a basketball weigh? |2023Next