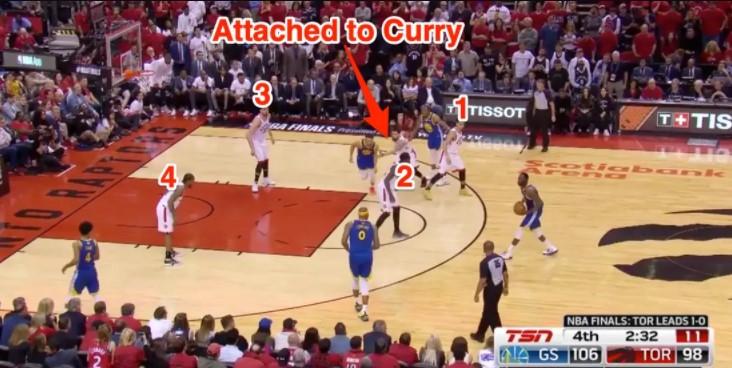 What is One-and-one in basketball?

In every illegal contact, officials call a foul. Most of the fouls are committed by the defense. When a player is getting fouled while shooting the ball and the shot is unsuccessful, then he gets two free throws.

If the defensive player’s team or opponent team has committed a set number of fouls, the Non-shooting player, who gets fouled, is awarded one free throw. If he makes the first one, he gets another. This is called one and one in basketball.

In international Basketball, if the defensive team commits 5-fouls in a quarter, the opposite team will get rewarded one free throw. If he makes the first one, he will get another free throw. But if he misses the shot, the ball will go to the team that rebounds Basketball.

College basketball has a total of 40-minute playtime and is divided into two halves of 20 minutes. If one team commits 7-fouls in half, the opposite team will get one free throw; if he makes that one, he’ll get another one, and after the 10th foul committed by the opponent team before the half; will reward two free throws.

The rule of one-and-one of high school basketball is the same as the college league. But there’s a pretty difference. The high school basketball has divided into 4-quarters of 8 minutes instead of 20 minutes of halves. So, if a team fouls 7th time in an 8 minute quarter then the officials call a one-and-one situation. And if the team commits fouls 10th times, then the opponent gets two free throws.

In most professional leagues, a team gets a bonus situation if the opponent team commits five consecutive fouls in a quarter. The NBA doesn’t support the 1-and-1 rule. In the NBA, if a team fouls 5th time in a quarter, the opponent team gets rewarded with two free throws. It doesn’t matter whether the player misses the shot or not, he will still get the second throw.

What is a non-shooting foul in basketball?

Can you dunk on a free throw?

No, you can’t dunk on a free throw.

When a team is awarded one-and-one?

In the international game, the one-and-one rewarded when the defensive team made a set of fouls per quarter. In the college league, one-and-one is based on the number of fouls in the halves.

Did the NBA ever have 1 and 1 free throws?

There is no One-and-One rule in the NBA. The NBA offers two free throws after the fifth foul occurred. It doesn’t matter the player misses the shot or not, he still gets the second one.